This lovely cottage was given its moniker, The Raccoon Cottage, by its owner, who saw my post of her cottage on Instagram and reached out to me. We later met and talked about our love for workers cottages, became friends and ended up collaborating on getting her home ready to be professionally photographed and published in the October/November 2021 issue of Cottage and Bungalows Magazine! Make sure to check it out – on newsstands now. My exterior photography that you see here is featured in the spread, as is some of my interior design and styling work.

“Chicago has faced its fair share of adversity in its 184-year history, but the city has always risen from the ashes, both literally and figuratively. Its most remarkable renaissance came in the wake of the Great Chicago Fire of 1871. The inferno killed 300 people, left another 10,000 homeless, and cost a jaw-dropping $222 million (equivalent to $4.7 billion in 2020), but it also gave birth to a beautiful new city, built with brick and better than ever.

Sadly, one iconic building style, the workers cottage, which flourished both before and after the Great Fire, has recently been falling victim to urban developers whose visions just don’t jibe with historic lot sizes or bygone architectural styles. As demand grows for higher-density housing, many of these humble dwellings are at risk of being razed. At this crucial time, let’s take a moment to admire the style’s many charms, and appreciate what we could lose in the name of progress.

Workers cottages have gable roofs, with the gable ends oriented front to back rather than side to side as is typical in suburban home styles. These homes were usually 1½ stories high, with a raised basement that could be rented out to another family in lean times or reserved for adult children just embarking on an independent life. Today, workers cottages can still be found in neighborhoods such as Bridgeport, Back of the Yards, Old Town, Pilsen, and Ukrainian Village.

As the Industrial Revolution flourished in the mid- to late-1800s, Chicago’s central location and proximity to Lake Michigan set it up for success—and for an influx of relocating immigrants . Massive, labor-hungry industries like meatpacking and grain processing as well as manufacturing concerns brought workers flocking to the nascent metropolis.”

As a result, Chicago’s population exploded from just under 30,000 inhabitants in 1850 to some 1.7 million at the turn of the 20th century! Many newcomers lived in cozy cottages like these. 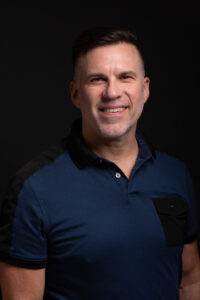 Passionate about architecture and better living through beautiful design, Ronnie Frey is the photographer behind Doorways of Chicago and the principal of Frey Design.

© All Images Copyright Frey Design and DOC Photographs. All Rights Reserved. All text and photos on this website may not be reproduced elsewhere unless given explicit permission. Failure to comply with this will result in legal prosecution.